Yesterday Ian was playing with lots of coloring paper while I was writing on my PC and here are what he made . He asked that I should upload them here... :) 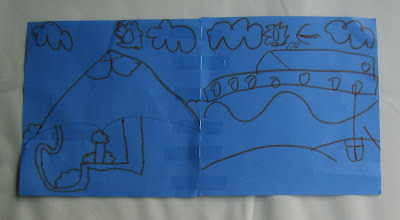 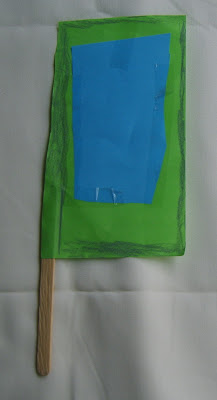 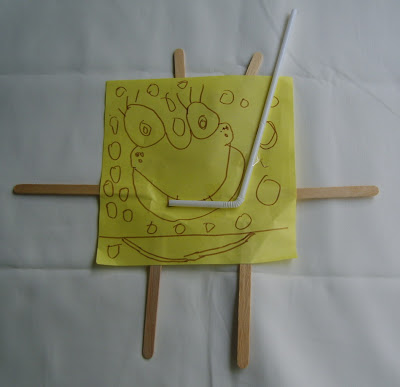 spongebob need a pipe for breathing in the sea

hahaha...this one is I love the best!

When we're sitting at a doughnut & coffee shop, Ian was writing these on the tissue. At first he asked me to read the sentences that printed on it and starting to write his ideas.... 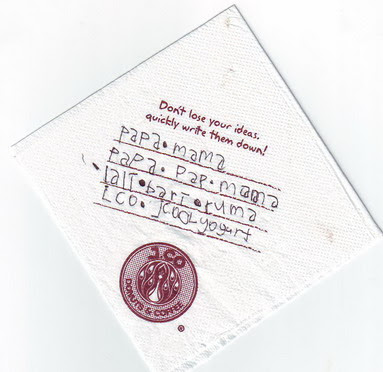 It reads..."papa.mama.running from home.JCo.Jcool yogurt (he was eating this at that time) 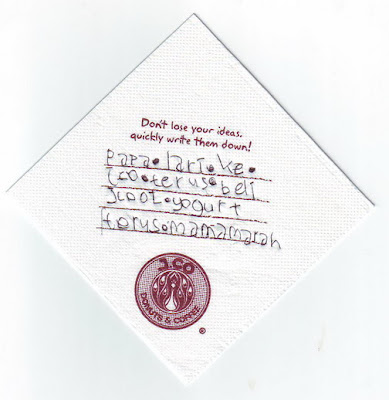 this one reads... "papa.running to JCo. buying doughnut.yogurt.then mama is angry"

hahaha...funny little things and honest to say. I sometimes get angry to kids...
I'm glad he finally love to learn write.

Yesterday I said to my daughter that I was surprised it’s already March and we’re going to have another Good Friday Mass again. Then I think about my husband-her Dad….
“ It has been 3 months since Papa gone to Holland”
And she said..
“Yeah, it’s already 3 months but I feel like 6 or 7 months!”, she said.

I smiled to her, yes we all feel the same about missing the same person we truly loved.
Time is really relative, isn’t it?

I won’t say that become a temporary “single mom” or ‘life without papa’ for my kids is easy, hmm … not at all especially on the first month.
But we all learned so much together through everything we’re going through. And on these days I think we used to adapt quite good. That’s one of the best lessons in living for our kids….

The Second One about Our Talking....

Thanks to you friends for commenting on my last post about my conversation with Ian.
You know, after thinking a whole evening I finally found the simplest version about corruption.
This morning, I told him my other new example.

“As an example when I gave you Rp 500,- for buying chewing gum (I know he’s really crazy to this thing right now) then you bought it at Indomart (a small groceries store neaby) by yourself. When you returned home and I asked about the change, you said you didn’t have any left money, because the chewing gum cost Rp 500,-. Actually the chewing gum doesn’t cost Rp 500,- but Rp 300,-. You just keep the change for yourself without telling me. You had corrupted Rp 200,- from me. And also you told a lie. ”

I saw his face, then he told me like this
“ So.. there are 2 meanings of corruption now? The one like yesterday and the other is just like today?”

“Well, they’re have the same meaning, dear Ian. Today I told you the simplest one. Ok, you can choose which one you like for the story of corruption…”, I don’t know what to say anymore…

“I’ll choose the chewing gum story”, he said with a big smile.

I usually have conversation with Ian in the car on our way to his preschool every morning. The topics could be various, from a silly one to a rather serious matter for kid. Since only two of us in the car (the other 2 go by their school van). I really enjoyed our special “quiet time” with no quarrel between the boys (sometimes I sick in hearing their quarrels in the car!).

This morning I was a bit surprised when finally we got a little bit serious conversation after heard news from a local radio about a member of Indonesian Legislative Assembly had been caught last night in doing corruption transaction with an industrialist. Here in Indonesia, the government seems seriously this time to overcome this ‘sickness’ of our nation. I really hope we could see the good result in the next generation.

Ian asked me, “What’s the meaning of corruption, Ma?”
Didn’t prepare in answering, I said, “ehmm..let me think for a few minutes to find a simple example for you”.
Really, it was difficult for me to find one and explaining clearly to a 5 years old boy.
Then I told him like this..

“For example there are 3 people who want to build a main public street at our city. They are you, your friend Andrew and some one else named Evan. The government should only choose one of you to build it, the best one in making street construction. But at the end, the people from government choose Evan although he’s not good at all. Evan had given some money to the people from the government so that they choose him. Giving and receiving some money like that is not right and you can call that corruption. Do you get it?”

Oh my goodness….I don’t know what the better and simpler story at that time to tell.
Ian was smiling and nodded his head. I don’t know if he’s really understand or not.
I think I should find another simple example.
Any suggestion?